(This is the same video but with one different song, because of german copyright matters.) 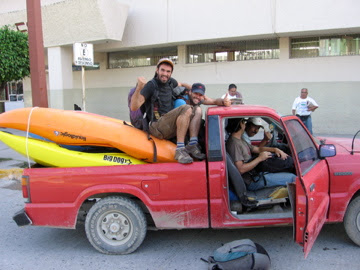 In october 2010 Txomin Abadia, Fermin Perez "Mino", Lalo Ruiz and myself, Eneko Yarza, started "ZORRIAK MÉXICO 2010" kayak expedition tour. In 2 months 2 parties and a single tourist day, the rest kayaking to the full in different rivers, dedicating for that a lot of time on the road too. 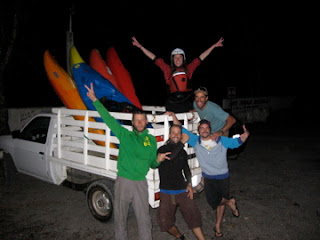 After that we went by bus to Veracruz state, like a paradise to practice creek kayaking. Base-camp, and for a longer time, Aventurec kayakers camp at the town of Tlapacoyan. Nearby are Alseseca river with many sections, Jalacingo, FiloBobos and San Pedro. We kayaked with the mexicans Misael, Rafa Ortiz, Iker Beristain and Chente. Also with the Norwegians (Marian Saethar, Benjamin Hjort), with kiwi New Zealanders (Mike Dawson and brother James), with Germans (Seppi Strohmeyer, Anne Hubner and Permin), with the Pyrenean French (Eric Deguil, Fabrice Pouyeto "Fafa", Bastien Dantin and Thomas Tabarant), with Aniol Serrasolses and Gael Caride. Almost all world known.


Another base-camp in Veracruz state is Jalcomulco village. Lots of rafting companies and very cool people, PURA BANDA! Here the Antigua river flows with its Pescados and Barranca Grande sections, although what this area is missing is adrenaline class 5 whitewater.


The Oro river is located in the south of  Veracruz near San Andres Tuxtla. It borns in San Martin Tuxtla volcano and through volcanic mother-rock (with 12 and 10m waterfalls) it flows into the Caribbean in a few kilometers. Short but nice finishing with kayaks at the sea. For the logistics ask for Don Fernando at the coast Roca Partida village. It is a good plan to have cocktail de camarones breakfast in his beach restaurant and kayak through the coastline to visit Pirate Lazarillo's cave.

We kayaked in Tabasco and Chiapas rivers. The info about the rivers in this mayan area appears on the  www.mayanwhitewater.com web page. Jatate, Santo Domingo and Agua Azul rivers are the jewels from Chiapas, but the rain and bad weather didn't allow us to venture in these multiday expeditions. The base-camp in Chiapas was the colorful colonial town of San Cristobal de las Casas, and the local friend was the comic character Alejandro Quiroga.

In Oaxaca state we stayed in Mazunte, with good beach enviroment. Departing from there we descended Alto Copalita and Zimatan rivers. You'll find Rafa Heredia in Mazunte at La Empanada restaurant and hostel, and Daniel Miranda and Janet Lopez in Ola Verde Expediciones rafting company in San Agustinillo. Talk with them for river info and logistics. 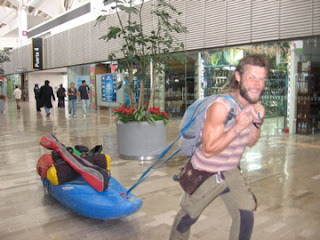 In Oaxaca the ZORRIAK Team was dissolved, that in euskara or basque language means 'louse'. I gave an IRF rafting guide certification workshop in the Tampaon river (the third one in this mexican chapter) and came back to Veracruz, to descend Truchas 18m and Tomata 23m waterfalls on the Alseseca river in the winter solstice and the morning after the full moon complete eclipse.  Although my run was awesome, Eric Deguil broke a lumbar vertebrae in 3 pieces landing from Tomata waterfall. Luckily the nerves were fine and after recovering in the mood for living in June 2011 he finished 4th in the world freeride championship. You are a Winner!

I had an injury too when my eardrum almost blow out cause landing sideways in La Vaselina waterfall on the upper Alseseca. Lalo opened his eyebrow in Chiapas, Aniol broke a rib and nearly burst his innards, Thomas had a shoulder dislocation, etc.

Even so, the Mexican whitewater is paradise like and deserves at least one visit in each live. Was an amazing and unforgettable kayak chapter. 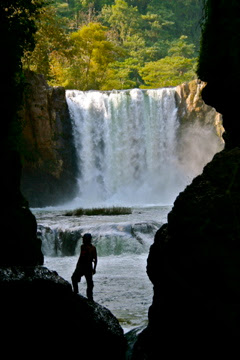