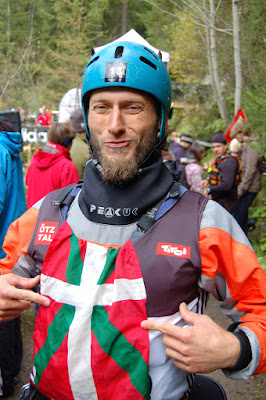 "Sickline" Extreme Kayak World Championship will be next 7th Oct 2012 and for the second year they don't let me compete as basque.

2010 was the only time I participate there and for that the condition was to respect my basque being. They let me compete representing my basque nation and for everybody's surprise I made it to the finals finishing 15th, appearing on TV and on internet. 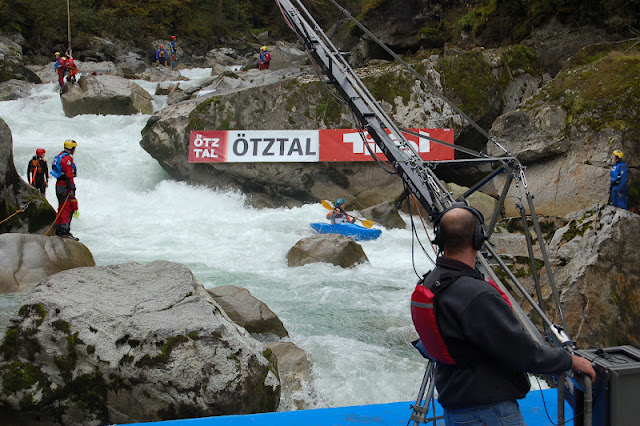 Looks like someone didn't like that and since that I'm not allowed to represent the Basque Country.

With this in mind my personal decision has been to NOT participate on the world champs, because I don't want to defend the colours of the spanish and french governments that have made that much damage to the basque people. I have very good friends in Spain and in France, however I ask to respect each person's being.

On sport championships the organizers decide if the competitors will represent nations or states/countries. Still nowadays the Basque Country (Euskal Herria) is not a state but it is a recognized nation. Hope all our athletes will represent their colours soon...

Meantime I wish all the best to my kayaker friends on the world champs, and for the organizers too.

One of the organizers that closed me the way to the champs, Kim-Joo, told me: "We wish you all the best in your kayaking career."  To be a sportman and happy I don't need to compete. Even if I'm not allowed to participate on the world champs the good luck always has been my buddy keeping me alive, and hope I continue being a lucky man.     Next stop: Asia.
Posted by Unknown at 11:10